The spat over the best way to brew tea boiled over into a transatlantic incident, with both the UK and US ambassadors sticking their spoon in and the British military summoned to explain the “correct” technique.

Now scientists have waded into the debate, apparently confirming what many Brits have known instinctively for years — water heated in a microwave just isn’t the same.

Microwaves heat liquids unevenly, making the liquid at the top of the container much hotter than the liquid at the bottom, a team of Chinese scientists found. Their study was published Tuesday in the journal AIP Advances from the American Institute of Physics.

Typically, when a liquid is being warmed, the heating source — a stove or electric kettle for example — heats the container from below and the process of convection means that as liquid toward the bottom of the container warms up, it becomes less dense and moves to the top, allowing a cooler section of the liquid to contact the heat source. This ultimately results in a uniform temperature throughout the container.

However, in a microwave the heat source exists everywhere so the convection process doesn’t occur.

But die-hard microwave users need not lower their heads in shame. The scientists at the University of Electronic Science & Technology of China said they may have found a solution to this problem. 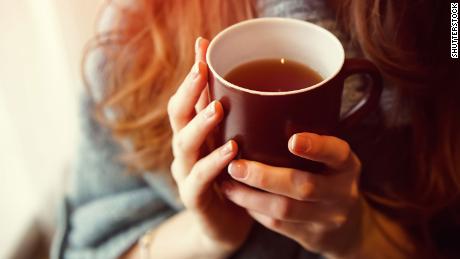 They have designed a silver plating to go along the rim of a cup or container that is able to shield the effect of the microwave at the top of the liquid. The silver acts as a guide for the waves, reducing the electric field at the top and effectively blocking the heating and resulting in a more uniform temperature.

While this appears to contradict the long-standing advice not to put metals in a microwave, Baoqing Zeng, one of the authors of the study, said it was “still safe” and similar metal structures have already been safely used in microwave steam pots and rice cookers. 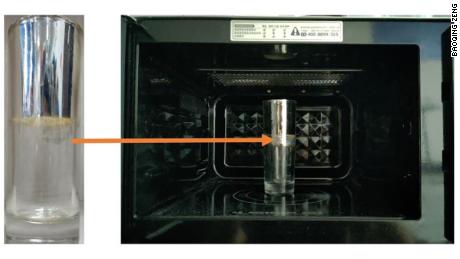 “After carefully designing the metal structure at the appropriate size, the metal edge, which is prone to ignition, is located at weak field strength, where it can completely avoid ignition, so it is still safe,” said Zeng, a professor of electronic science and engineering at UESTC, in a news release.

So does this put the debate to rest over the best way to make a brew? Alas, it may only be one battle.

While kettles may heat water more evenly, other scientific research has shown that microwaves can draw out more of tea’s potentially beneficial compounds like catechins and caffeine.

So what’ll it to be, tea drinkers? An evenly warmed cuppa or one that keeps you alert longer?