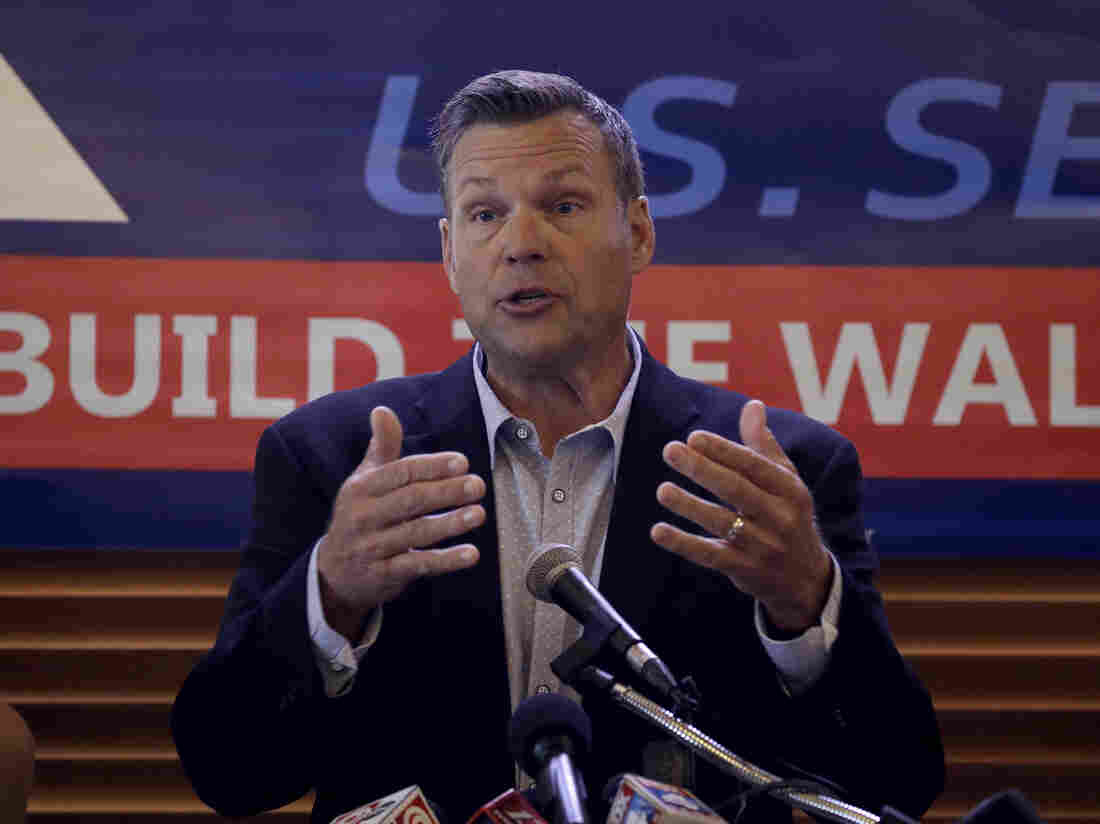 Former Kansas Secretary of State Kris Kobach addresses the crowd as he announces his candidacy for the Republican nomination for the U.S. Senate Monday, July 8, 2019, in Leavenworth, Kan. (AP Photo/Charlie Riedel) 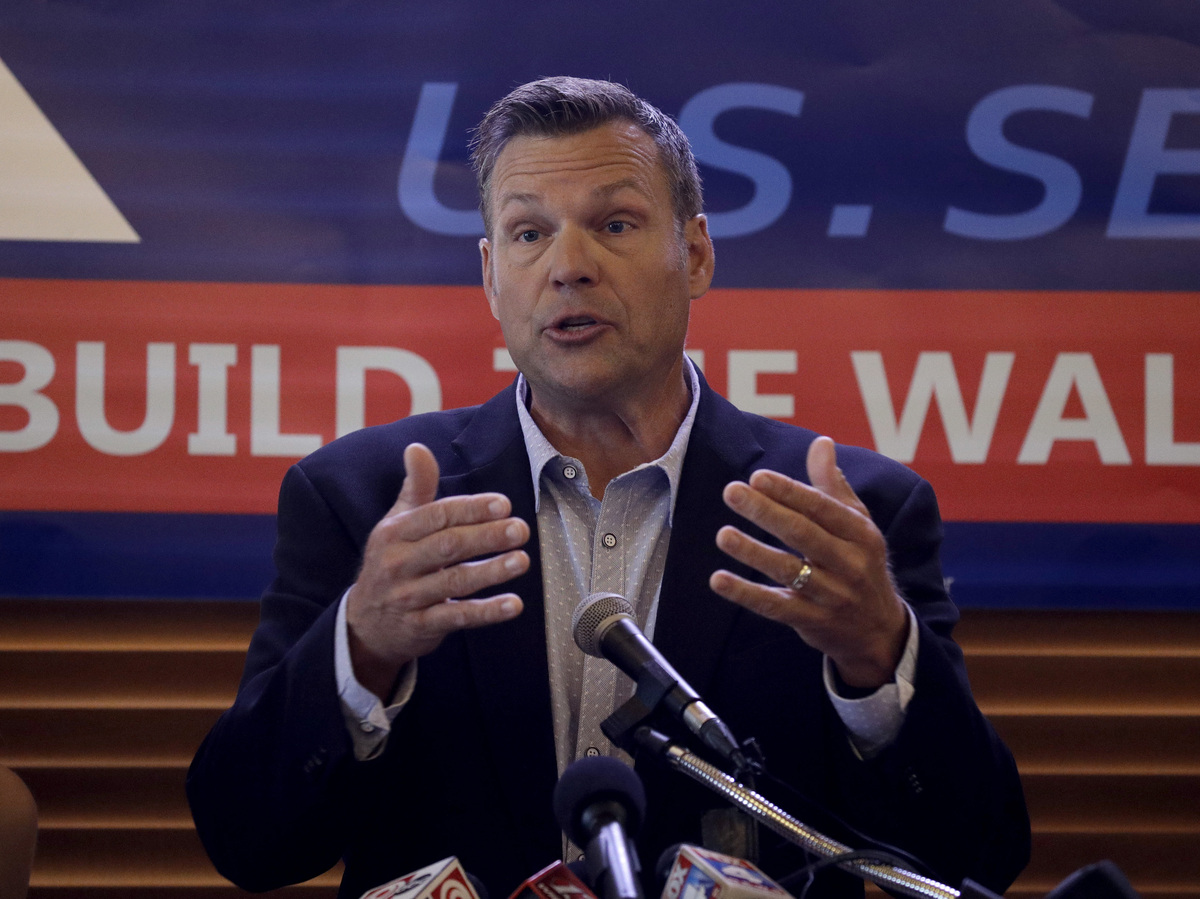 Former Kansas Secretary of State Kris Kobach addresses the crowd as he announces his candidacy for the Republican nomination for the U.S. Senate Monday, July 8, 2019, in Leavenworth, Kan. (AP Photo/Charlie Riedel)


Kansas Rep. Roger Marshall is projected to defeat former Kansas Secretary of State Kris Kobach in the Republican Senate primary, according to the Associated Press, calming Republicans’ worst fears about putting a seat in a deep red state in play this fall with the Senate majority contested.

Marshall was the favored candidate of many party leaders to take on Democratic state Sen. Barbara Bollier in November — in what some strategists believe may still be a competitive general election.

Marshall and Bollier, a former Republican and retired anesthesiologist, will compete for the seat currently held by GOP Sen. Pat Roberts, who is retiring.

Kobach lost the 2018 governor’s race to Democrat Laura Kelly and his possible primary victory was concerning to some Republicans worried about holding Senate control in November with Republicans already on defense in far more competitive states than Kansas.

Kobach has a controversial political tenure focused on curbing illegal immigration and championing unproven theories about voter fraud. He worked directly with the Trump administration on a 2018 investigation into possible voter fraud in the 2016 election, but it found no evidence.

“You have sustained real-world trials and evidence and data that say that Kris Kobach is an extremely poor general election candidate who absolutely could be the first Republican to lose a Senate race in Kansas in over 80 years,” Republican political operative David Kensinger told KPR’s Jim McLean.

Some Democratic strategists have adopted similar outlooks. In the weeks leading up to the primary, a newly formed Democrat-leaning PAC launched an attack ad against Rep. Marshall giving off the impression of support for Kobach and indirectly aiding Bollier.

While President Trump endorsed Kobach’s gubernatorial run in 2018, he was less outspoken this time around, refraining from giving his support to a candidate.

Looking ahead to November, Bollier tops the fundraising pool with nearly $7.8 million raised — an indication she may be positioned to make a strong play in a state that has not elected a Democrat to the Senate since 1932.