Progressive groups slammed House Speaker Nancy Pelosi in their post-mortem on the 2020 election for “showing off” her expensive freezers full of premium Jeni’s ice cream during an interview at the beginning of the coronavirus pandemic.

“When Democratic leaders make unforced errors like showing off two sub-zero freezers full of ice cream on national television or cozy up with Wall Street executives and corporate lobbyists while Trump tells voters we are the party of the swamp, it is not surprising that we lose,” reads the memo, which was sent by groups including Justice Democrats and the Sunrise Movement.

“The economy was voters’ top concern in this election,” the memo said. “We need a new generation of leadership grounded in a multiracial, working class experience and background.” 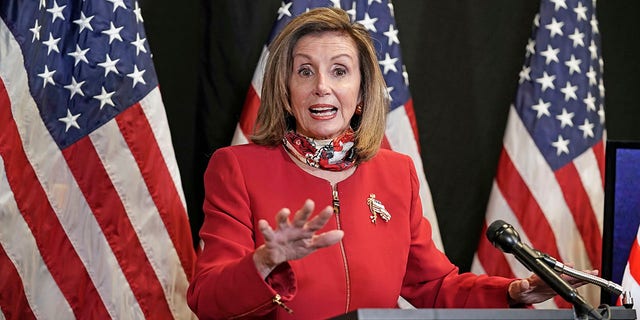 The memo comes after House Democrats performed well below expectations on election night, with some more moderate Democrats blaming their tough races on progressives.

Rep. Cheri Bustos, who chaired the Democratic Campaign Congressional Committee and is from Illinois, said she was stepping down after the party lost seats.

“Right now, it’s survival mode,” one man says in the ad. In the following clip, Pelosi says: “I don’t know what I would have done if ice cream were not invented.”

The commercial ends with a spoof quote, playing off of one attributed to French Queen Marie Antoinette.

Fox News’ inquiry to Pelosi’s office was not immediately returned.