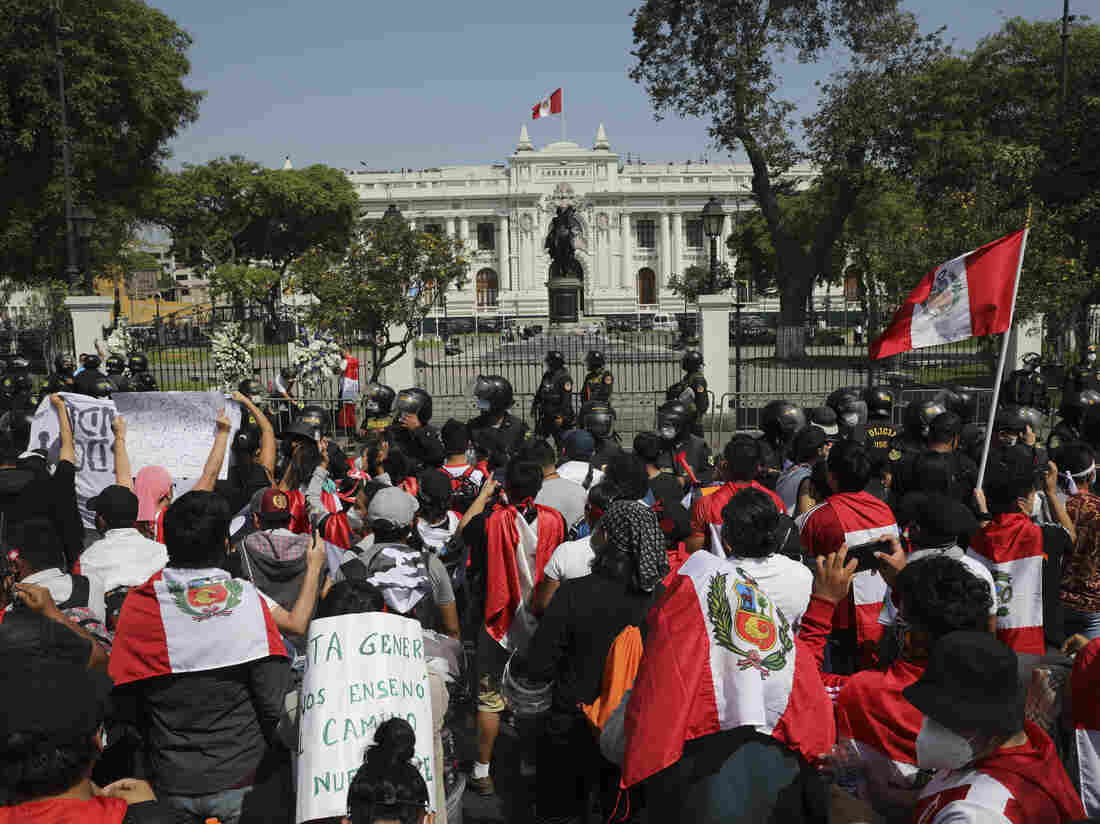 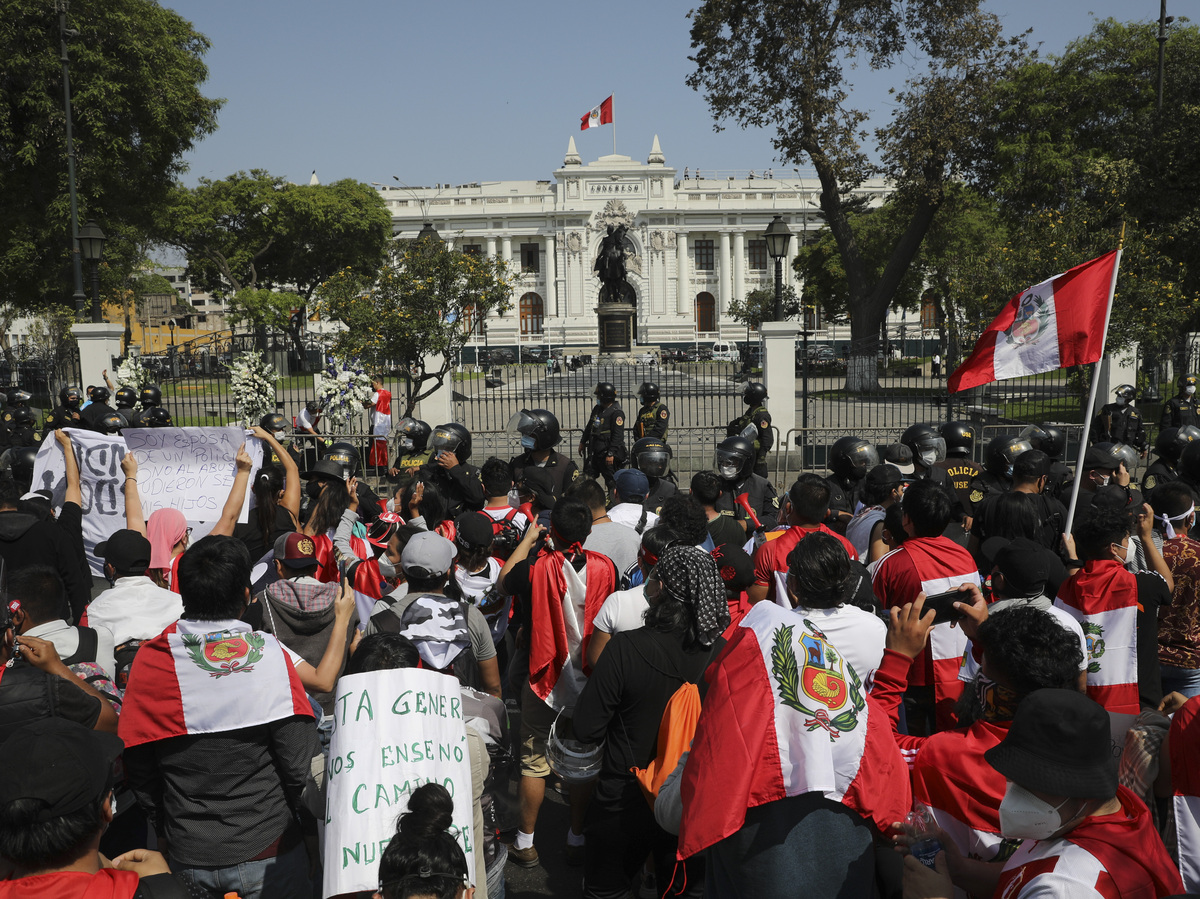 Less than one week after assuming the office of the presidency, Manuel Merino has stepped down as interim president of Peru.

The move caps a week of political turmoil that has embroiled the country since former President Martín Vizcarra was removed by legislators Monday night. Merino, who was head of Congress, took his place on Tuesday — and faced immediate opposition from Peruvians who refused to recognize his authority.

Merino promised that voters could make their voices heard during April’s presidential election. But the unrest continued, coming to a head on Saturday when two protesters were killed by police. By Sunday, most of Merino’s Cabinet had resigned, and Congress asked him to relinquish the role.

“Nothing justifies that a legitimate protest should trigger the death of Peruvians,” Merino said in a video address resigning the presidency. He called for the “peace and unity of all Peruvians.”

Congress, which was holding an emergency session Sunday, is expected to replace Merino. The next president will be the country’s fifth in five years.

Ex-President Vizcarra has asked the country’s highest court to weigh in. “It can’t be that the institution that got us into this political crisis, that has for five days paralyzed Peru, with deaths, is going to give us a solution, choosing the person who they best see fit,” Vizcarra said, according to The Associated Press.

Vizcarra made several political enemies during his two years in office, as he worked to combat corruption throughout the country’s legislature. Half of the lawmakers are under investigation or indictment for alleged crimes including money laundering and homicide.

Last week, lawmakers invoked a seldom-used clause of the country’s constitution to remove the president for “moral incapacity,” and accused him of accepting more than $630,000 in bribes as governor of a local province some years ago. Vizcarra denies the charges.

As Vizcarra’s replacement, Merino promised to unite the country, but faced immediate backlash from detractors who thought the legislature had essentially staged a coup. The past week has seen some of the biggest street protests in decades. In addition to the two who were killed, more than a hundred people were reported hurt, and dozens are missing.

The country’s constitutional court has directed the national police force to “immediately locate, identify and secure” more than 40 people who “disappeared” during the recent protests. And the Americas division director of Human Rights Watch says a team of investigators is documenting cases of police abuse in Peru.

“I deeply regret the deaths that have occurred as a result of the repression of this illegal and illegitimate government,” former president Vizcarra said early Sunday on Twitter. “My condolences to the relatives of these civil heroes who, exercising their right, came out in defense of democracy and in search of a better country.”