North Carolina health officials said Tuesday that a dog that died of COVID-19-like respiratory symptoms was the first canine in the state to test positive for the coronavirus.

The dog was admitted to the NC State Veterinary Hospital Aug. 3 after showing signs of respiratory distress earlier that day, officials said.

“The dog, unfortunately, succumbed to its acute illness,” the North Carolina Department of Health and Human Services said in a news release. “The client alerted staff that a member of the family had previously tested positive for COVID-19 and later was tested negative.” 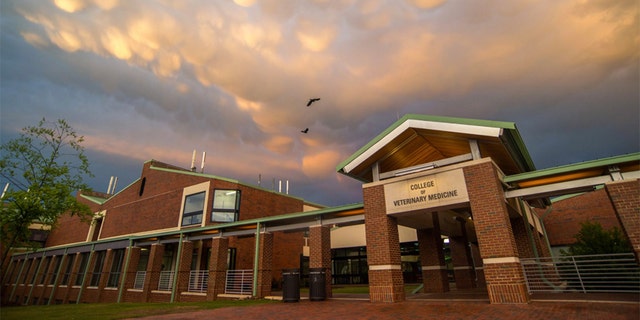 The dog was a male Newfoundland that was about 8 years old, NC State University spokesman Mick Kulikowski told the Charlotte Observer.

The dog was referred to NC State after being seen by his veternarian, Kulikowski said, according to the paper.

Officials didn’t release the dog’s name or name the place where he and his owner lived.

The news release said a necropsy was performed to determine the animal’s state of health at the time of death and the cause of death. Results were pending.

“Based on the information available, the risk of animals spreading the virus to people is considered to be low,” said Dr. Carl Williams, State Public Health Veterinarian.

CAN PETS COME DOWN WTH CORONAVIRUS?

State Veterinarian Dr. Doug Meckes said there was no indication at this time that dogs can transmit the virus to other animals “so there is no justification in taking measures against companion animals that may compromise their welfare.”

In April, North Carolina media reported that a pug named Winston in Chapel Hill was positive for COVID-19 after being tested at Duke University. Winston was believed to be the first dog to come down with the virus in the U.S.

But further testing later showed that the pug likely never had the virus, according to WRAL-TV Tuesday.