Forty one people who recently traveled on a Hurtigruten cruise ship have tested positive for COVID-19 amid the global outbreak of the viral disease, the Norwegian cruise company has confirmed.

Hurtigruten has apologized and temporarily suspended all sailings as of Monday, the Associated Press reports. Now, health officials fear the MS Roald Amundsen may have infected dozens of towns and villages along the western coast of Norway. 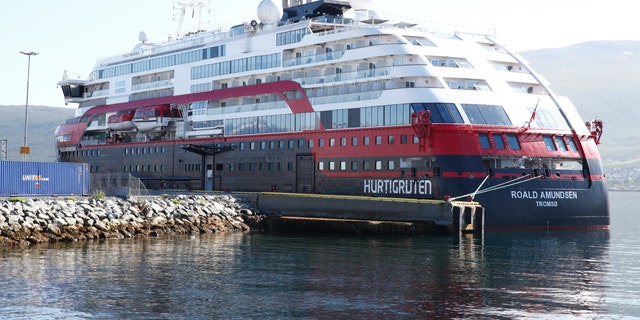 The MS Roald Amundsen is currently docked in Tromsoe, north of the Arctic Circle. The 41 people – including 5 passengers and 36 crew members – have been admitted to the University Hospital of North Norway.

“A preliminary evaluation shows that there has been a failure in several of our internal procedures,” Hurtigruten CEO Daniel Skjeldam said in a statement. “We have made mistakes. On behalf of all of us in Hurtigruten, I am sorry for what has happened. We take full responsibility.”

Now, Hurtigruten is “in the process of a full review of all procedures, and all aspects of our own handling,” Skjeldam said.

Hurtigruten has reached out to guests who traveled on the MS Roald Amundsen for voyages from July 17 to 24 and July 25 to 31, cruising from Bergen in the south to the Arctic archipelago of Svalbard. According to the outlet there were 209 guests on the first voyage and 178 guests on the second voyage. 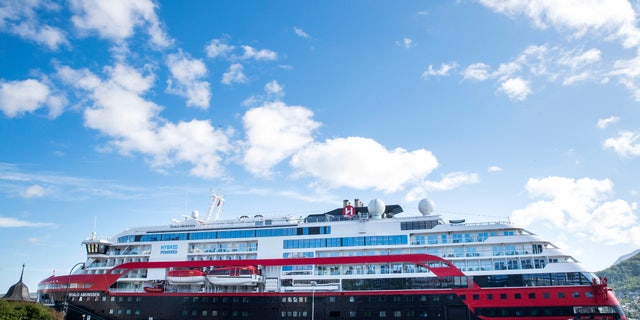 As the cruise ship line often acts as a local ferry, sailing from port to port along Norway’s western coast, the viral disease may not have been contained aboard the cruise ship. (Terje Pedersen/NTB scanpix via AP)

All 158 crew members have since been tested for the coronavirus, and 122 were said to be negative as of Monday morning.

However, as the cruise ship line often acts as a local ferry, sailing from port to port along Norway’s western coast, the viral disease may not have been contained aboard the cruise ship, the Associated Press reports. Some guests disembarked along the way, possibly spreading COVID-19 to their local communities.

Now, Tromsoe is urging anyone who traveled on or who came in contact with the MS Roald Amundsen to reach out to health authorities. In total, 69 Norwegian municipalities have been affected, Norwegian news agency NTB said.

It remains unclear exactly how the onboard outbreak began, as passengers come from all over the globe. NTB reported that 33 of the 36 Hurtigruten crew members who recently tested positive arrived from the Philippines, while others came from Norway, France and Germany. 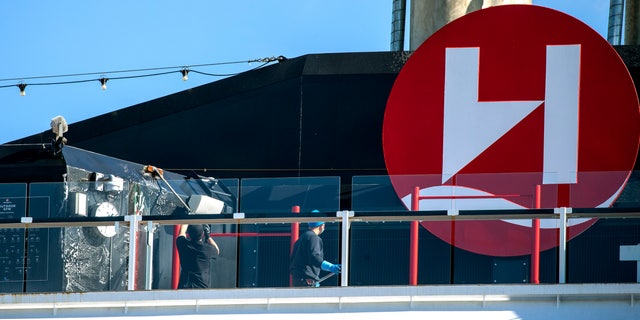 Looking ahead, Skjeldam described temporarily halting operations as “the only responsible choice.” Now, sailings have been suspended for the MS Roald Amundsen, MS Fridtjof Nansen and MS Spitsbergen for the time being.

Moving forward, the CEO stressed that the safety and well-being of Hurtigruten’s customers and crew remains the company’s “number one priority.”

“We are now focusing all available efforts in taking care of our guests and colleagues. We are working closely with the Norwegian National and Local Health Authorities for follow-up, information, further testing, and infection tracking,” he said in a Monday statement.

Hurtigruten was one of the first cruise companies to resume sailing amid the pandemic, kicking off cruises to Norway out of Hamburg, Germany, in June with a single ship. The company added cruises to Svalbard in July, according to Norwegian media.