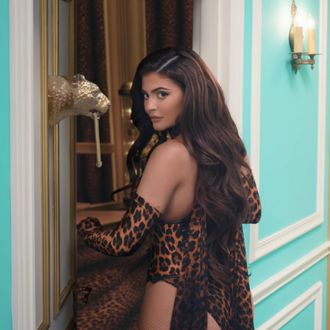 After fans started a petition for the removal of Kylie Jenner from Cardi B and Megan Thee Stallion’s “WAP” music video, Cardi took to Twitter Sunday to defend the cameo, which some objected to on the grounds that, as a wildly-successful reality star and cosmetics mogul, Jenner, who is white, was taking a slot that could have gone to another up-and-coming female musician of color, like her video costars Mulatto, Sukihana, and Rubi Rose, who appeared alongside more well-established singers Normani and Rosalía in the video’s extremely wet mansion. In a series of (now deleted) tweets, Cardi explained why Jenner made the cut. In not so many words, Kylie and her family, especially mom Kris Jenner, are just plain nice.

“Why did I put Kylie on my music video?,” Cardi wrote, in response to a tweet criticizing Jenner’s lack of musical or dance ability, compared to costar Normani. “She treated my sister and daughter so lovely at her kid bday party. Travis and Set are real close and Kris Jenner have giving me advice on certain things I ask for and her husband real cool with mine.”

Why did i put Kylie on my music video?she treated my sister and daughter so lovely at her kid bday party .Travis and Set are real close and Kris Jenner have giving me advice on certain things I ask for and her husband real cool with mine. https://t.co/XVEScZABnb

“These are the girls that I personally like,” Cardi had previously told Apple Music about the female artists she featured in the video. “That I like their music. That I really feel they are going to go mainstream.” In several other deleted tweets, captured here by PopCrave, the rapper defended Jenner’s cameo, which featured her strutting down a hallway and opening a door, when compared to Normani’s, which highlighted the singer’s dancing.

“Normani is one of the best female artist that dances Like she dances her fuckin ass off!,” she tweeted. “Why would she open a door? Please tell me how that would make sense? The best part of the song is the beat & hook it what makes you want to shake your ass.” Wrote Cardi, “Not everything is about race. Theres issues out here in the world that it is about race that I preach all the time about. This is not about fuckin race.”