It was confirmed on Sunday that Trebek died at age 80 after a lengthy battle with stage 4 pancreatic cancer. After hosting the iconic game show since 1984, he became somewhat of a hometown hero in his native city in Canada. Now, the city’s mayor is reportedly going to take steps to honor him in a public space.

According to TMZ, Mayor Brian Bigger has been fielding requests on social media to erect some type of public work of art honoring Trebek for bringing attention to his hometown. While ideas for a mural or statue have been floated, Bigger suggests linking the famous TV personality to a new public library set to be built over the next few years.

Representatives for the city of Greater Sudbury did not immediately respond to Fox News’ request for comment.

However, Bigger told TMZ that nothing has been decided just yet, but that he plans to bring up the ideas at the next City Council meeting in order to get the ball rolling as soon as possible. He added that whatever the city decides to do, it would only move forward with the blessing of Trebek’s family, who he has not reached out to yet in an effort to give them time to grieve. 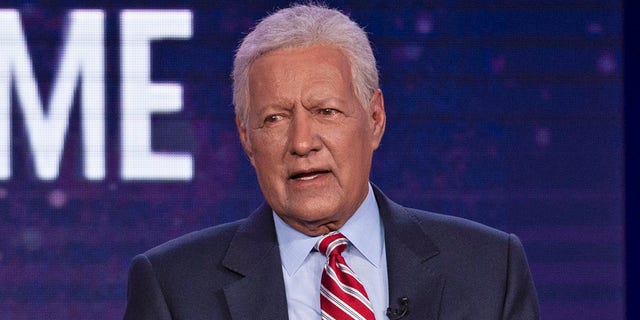 Alex Trebek’s hometown in Canada is gearing up to honor the late ‘Jeopardy!’ star.
(Stewart Cook/ABC via Getty Images)

Although the city is waiting to move forward with any kind of public art project, it still gave citizens a chance to eulogize the late “Jeopardy!” host in their own way. Bigger took to Twitter over the weekend to announce that the city created a virtual book of condolences that citizens were free to use to leave a message for Trebek and his family.

“On behalf of @GreaterSudbury I want to express our condolences to the Trebek family,” the mayor wrote in a Twitter thread.

“Alex Trebek enjoyed international stardom while still maintaining that northern charm and spirit that followed him wherever he went. Millions of people welcomed him into their homes every night for decades yet when meeting him, you truly felt like he was an old family friend,” Bigger continued. “Alex was an amazing ambassador for Greater Sudbury and was truly responsible for putting our city on the map for the world to know. He was loved, respected and he will be missed. However, his legacy and memory will long be part of Greater Sudbury’s proud history.”

The city of Greater Sudbury joined the myriad of fans, celebrities and former “Jeopardy!” contestants who felt compelled to pay tribute to the late star following news of his death.